Orcas Business Park, owned and managed by the Harvey Family – John, JW, and Michelle – is the largest family-owned property management company in the Seattle Design District. They have leased commercial office, retail, and warehouse space in the Georgetown neighborhood for more than 18 years. John and his son JW are the property managers, and John’s daughter Michelle is OBP’s Director of Finance. They are joined by Shannon Archer, the Office Manager for the business.

The Harvey Family (right to left) – John, JW, and Michelle, along with Orcas Business Park office manager Shannon Archer, celebrate with SANCA at LEAP with a Twist! on Leap Day, Feb. 29, 2016.

When SANCA’s Founders, Jo & Chuck, first approached the Harveys in 2005 about leasing warehouse space for a non-profit circus school, their response was “Are you sure about this?”

SANCA didn’t fit any demographic of renters or business owners the Harveys had ever worked with before, but they were really intrigued by the idea, so they visited SANCA’s original location on 6th Avenue & Lander Street to better understand the kind of organization they might be leasing space to.

When Jo shared her inspiration for starting SANCA – providing healthy, creative activities and access for children with health issues – the Harveys saw an opportunity to become partners in bettering the community, and become part of something bigger than just being a business partner. Jo and Chuck’s passion for SANCA’s mission, and their determination and fire for their cause made a big impression on the Harveys, so they took a leap of faith that a circus school would be a good tenant.

The Harveys’ faith in SANCA paid off. Since first moving in to the building in April 2005, SANCA has expanded from the smallest to the largest of their tenants – taking over two more bays in the building, and expanding to more than 22,000 square feet. In 2009, when Chuck approached the Harveys about building a flying trapeze tent in the next-door parking lot, once again, they asked, “Are you sure?”

Again the Harveys took a chance on SANCA, helping by resurfacing the parking lot to repair the damage of years of semi-trucks being parked there. The Harveys found that it wasn’t too much longer before they were giving flying trapeze a try themselves! Michelle says, “I’d never heard of flying trapeze being so accessible! I tried it out the first year it got started at SANCA. It was thrilling, exhilarating to get caught!”

Michelle’s daughter Emma also started taking SANCA’s summer circus camps when she was six years old. She met one of her best friends at circus camp, and now they coordinate to go to circus camp together every year. Michelle says it’s the highlight of the summer and that they really enjoy sharing in the diversity available at SANCA. Emma also got hooked on flying trapeze and she’s had her birthday party at SANCA these past two years. JW and his wife Sara and both their kids have also tried the flying trapeze, and they’ve brought their cousins from France to try it also.

“Seeing so many kids have such a great experience at SANCA drove home how
important it was to have SANCA in the community,” says JW.

JW says he views the property management business as a partnership with the tenants. He wants his leasers to succeed at their businesses. In the beginning, JW says, it helped that Chuck and Jo were always very reassuring and a pleasure to do business with. The Harveys extended discounts to SANCA because they really believed in what SANCA was doing and wanted to be part of that. They also knew that in the early years Jo and Chuck took no pay as SANCA was getting started. They both had fulltime jobs: Jo at the Odessa Brown Children’s Clinic, and Chuck worked with a decorating contractor for trade shows and special events while also coaching gymnastics and acrobatics. It really showed their commitment to SANCA.

“Taking on a first-time business can be risky,” JW observes. “I rely a lot on personal feeling about the person running the business. SANCA really helped us to rethink the possibilities of who could be a good leasing partner. Now we’re more willing to take risks. We have tenants who aren’t traditional commercial clients, including arts and non-profit organizations like Unexpected Productions Improv School and the EnFuego Baseball Academy, as well as massage, counseling, and therapeutic providers. Over time, we’ve put more money into facility improvements for SANCA than we have any other tenant. It feels more personal – we love having SANCA as a tenant.”

Michelle says, “It’s really nice to know that we can help the community by supporting SANCA at the business level. SANCA reaches a huge part of our community – even touching our own employees and other tenants. Many of our families have taken classes at SANCA.”

“SANCA has also been a big part of the revitalization of Georgetown,” says JW. “The school’s clientele has brought younger families into the neighborhood and given a boost to local businesses. I’ve seen Airport Way become a bustling neighborhood, and motivated young entrepreneurs and startups have set up shop since SANCA became part of the neighborhood.”

The Harveys haven’t just been great landlords for SANCA – they’ve become valued partners, supporters, and donors for the circus school. Orcas Business Park has sponsored SANCAthon, and the Harveys are mainstays at SANCA’s annual gala – Up, with a Twist!

“The Twist gala was a real eye opener,” says Michelle, “It’s very moving to learn about all that SANCA does for the community, and how much it grows year after year. We want to see that success continue and help support it.”

SANCA is very thankful of The Harvey’s support of the school – we couldn’t ask for better landlords!

Back to Sports with Title Nine and SANCA!

Kristina and Terri have been friends and circus fans since their days performing as members of the New Old Time Chautauqua. They’ve both been part of SANCA since the beginning – Terri as our first hired Circus Coach, and Kristina as a founding Board Member. Outside of their roles at SANCA, Terri is the District Manager for Title Nine, and Kristina is Store Manager for Title Nine’s Greenlake location.

Kristina Wicke: Why do you think SANCA and Title Nine a good match? And what do they have in common?

Terri Sullivan: You and me for starters! Seriously, there are a ton of things that the organizations share. A SANCA woman IS a Title Nine woman. There is a shared sensibility, style and attitude. I think I’ve told you before, but when I first found the Title Nine store I was excited. I said, “Finally! Here are my clothes! I’ve been looking for you everywhere!”

TS: I love EVERYTHING about SANCA. The most exciting thing is the way that I’ve seen it empower kids to be confident in their bodies. It’s a HUGE skill. That physical confidence allows kids, especially girls, to become capable, strong people – both physically and mentally. Also the Circus 1-ders are awesome!

KW: You are clearly passionate about SANCA. What do you love about Title Nine?

TS: The people. The people that work and shop at Title Nine are awesome. It’s the reason I work there – plain and simple. There’s a wonderfully quirky sensibility at T9. When I first interviewed for my job, I wasn’t really sure if it would be a good fit for me. Then I met all the fabulous folks that I would get to spend time with and I was sold. Just like at SANCA we celebrate out victories and learn from our mistakes. And did I mention that the clothes are pretty great, too?

KW: Do you have some current favorite T9 outfits?

TS: Oh, heck yeah …. Right now I’m living in the Standby Capri, Alpha-Omega Top and Shift Jacket. They are great for coaching! And I also love the Performance Jean, paired with the Mixologist Tunic.

TS: First, it’s a great way to support the school. SANCA continues to offer scholarships for kids who can’t afford the tuition on their own. And that work can’t continue without donations and support. Also, you’re going to walk away with fabulous outfits from a great shopping experience. Title Nine is committed to finding the right clothes for you. It’s a win/win! You get a terrific clothes and SANCA benefits!

We’d love to see you there!

Anyone who shops at Title Nine and mentions SANCA at checkout will have 9% of their purchase value donated to SANCA in support of all our youth programs.

You can preview Title Nine’s selection of sportswear at: www.titlenine.com 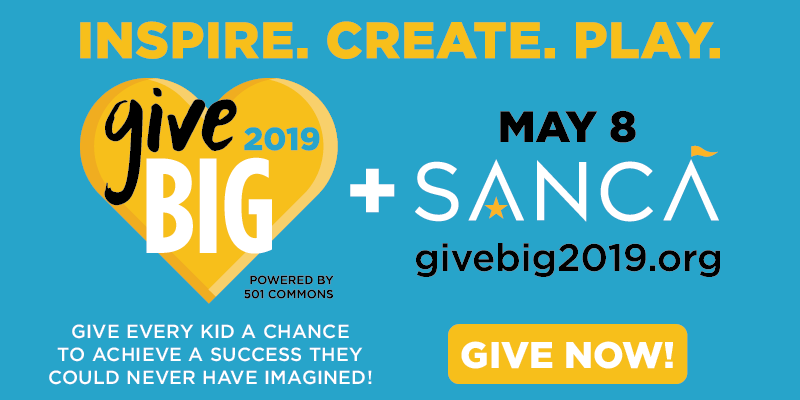 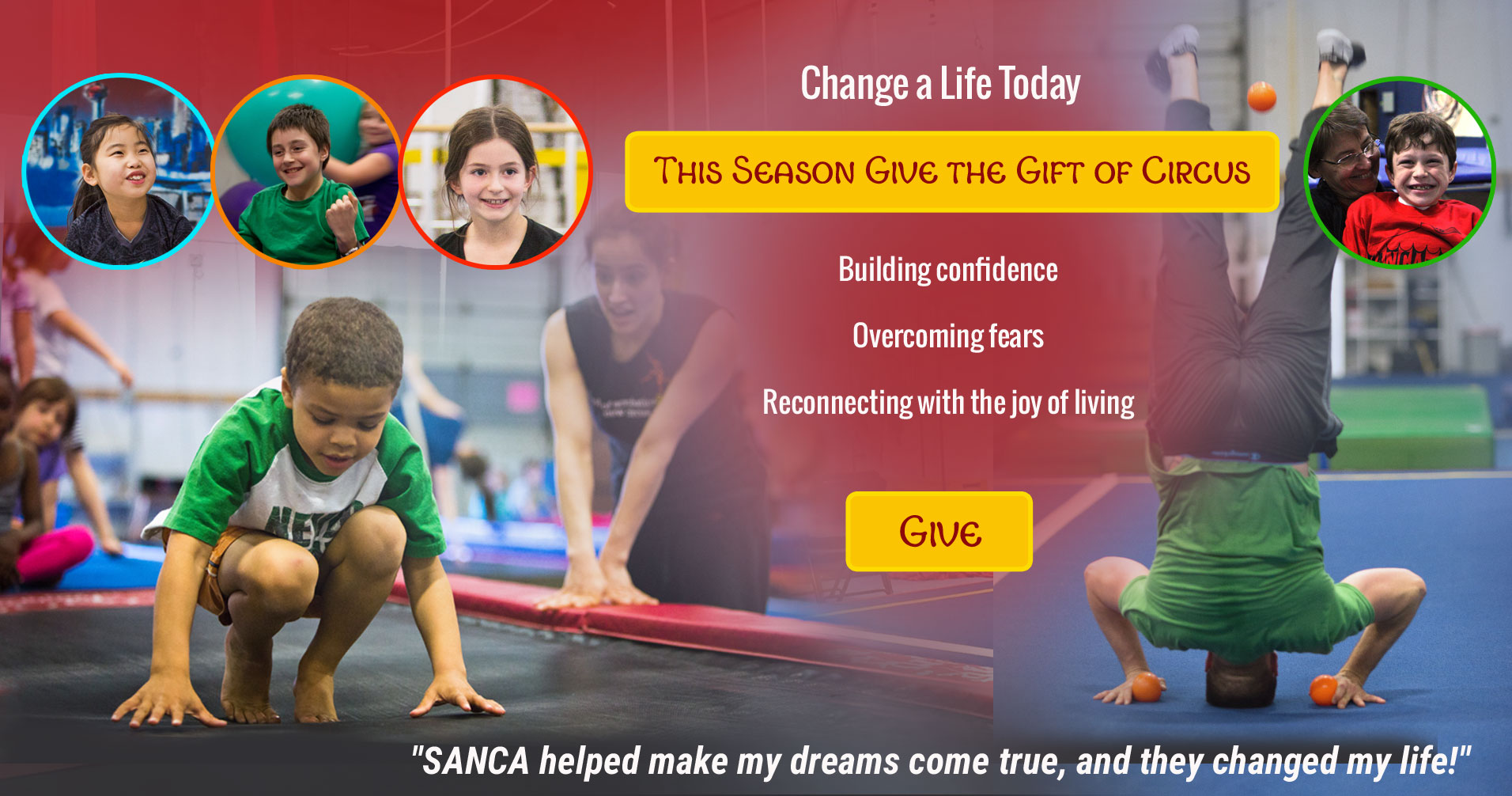